The Antichrist in the 2014 media episode 3

The Antichrist in the 2014 media episode 3

In this year 2014, all the media (movies,series, music, world events, world news...) of the world are focused on one and the same topic: the Coming of the Antichrist. The signs announcing the Antichrist are everywhere and this is no coïncidence, obviously, something is coming soon. Knowing that the media are not here to entertain the people but rather to program them and to build their system of belief and what they think is the truth, it becomes clear that the world people are being prepared for the coming of WW3, the Antichrist and the New World Order.

I highly recommand you to watch these 3 videos, they contain very accurate details of what is coming, and expose the hidden Antichrist programming in the 2014 media. To quote the exact terms used in the serie (Season 1 Episode 7):

"A new reich rose from the ashes of this one is coming, led by a new fuhrer, who's able to deliver everything hitler promised and more"

"It's what humanity craves: A strong leader, a visionary"

"Plato was right, the republic can only be led by a philosopher king With the wisdom to look after the needs of the many"

Those who will oppose to this New World Order will suffer a slow and painful death:

"You and your wife could still be part of a glorious new order. But make the wrong decision here and you condemn sylvia to a painful and lingering death"

This message is actually addressed to all of us.

In the 2014 MTV Music Awards, There were all kind of symbols on the scene which are a clear reference for what is coming: The Antichrist (Satan in a body of a false Jesus). 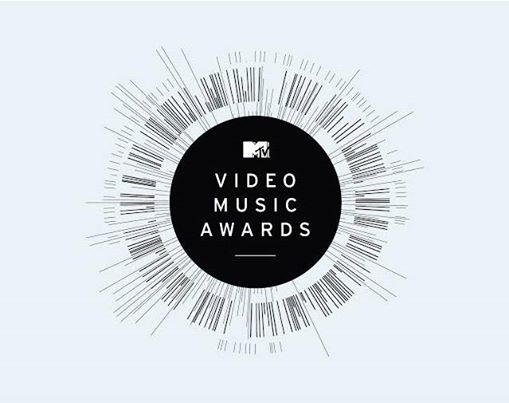 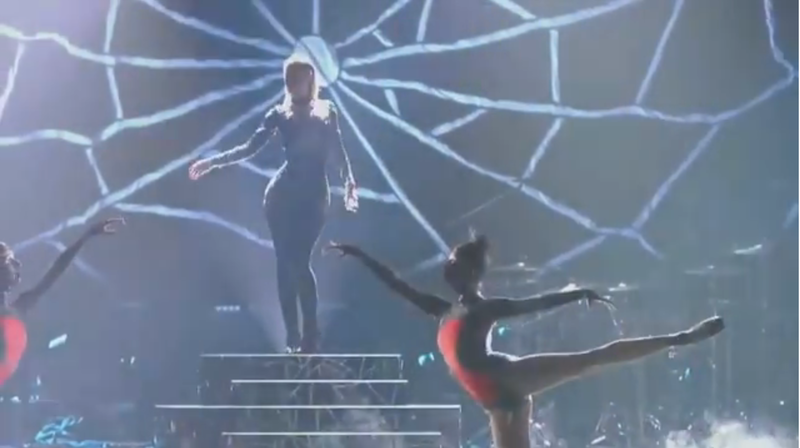 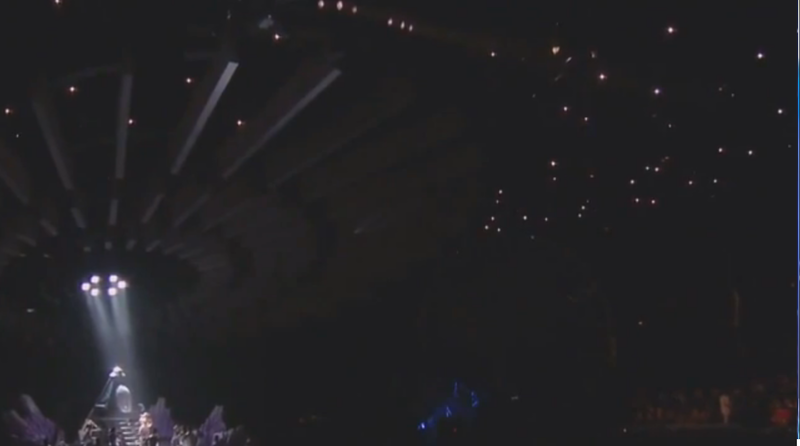 This is an extract Black Widow's lyrics, they are quite explicit: we are trapped in Satan's deception/illusion and the coming of Satan is announced in the disguise of a false Jesus.

This twisted cat and mouse game always starts the same
First we're both down to play then somehow you go astray
We went from nothing to something, liking to loving
It was us against the world and now we just fucking
It's like I loved you so much and now I just hate you

ou used to be thirsty for me (Satan/Antichrist)
But now you wanna be set free
This is the web, web that you weave
So baby now rest in peace (It's all over with now)

I'm gonna l-l-l-love you until it hurts
Just to get you I'm doing whatever works
You've never met nobody
That'll do you how I do ya
That will bring you to your knees
Praise Jesus hallelujah
I'm-a make you beg for it, plead for it
Till you feel like you breathe for it
Till you do any and everything for it
I want you to fiend for it
Wake up and dream for it
Till it's got you gasping for air
And you lean for it
'Till they have a CAT scan and check on your mind
And it's nothing but me, on it (on it, on it, on it)
Now it's me-time believe that
If it's yours when you want it
I wouldn't promise I need that
Till I'm everywhere that you be at
I can't fall back go quick
Cause this here a fatal attraction so I take it all or I don't want shit

For decades, Hollywood have created dozens of super heros and super villains, it's interesting to note their progression over time. The heros are becoming more and more evil and dark like Batman, Superman, Spiderman,... and the villains are more and more nice. This is actually not a coïncidence, this is to converge towards the synthesis of good and evil, which will be incarnated by Satan/Antichrist. Another confusion of issues, is that in the original story, the villain is a witch, but in the new version, she becomes fairy ... except she does absolutely not look like to a fairy as we know them, she rather looks like a demon/fallen angel with its huge black horns and black wings. Once again, Maleficent is about the synthesis of good and evil, which is incarnated by Satan/Antichrist. The new man shall go beyond the old archetype of good and evil and accept to be both at the same time.

In order to show how the true deception and mind programming which is behind the movie Maleficent, just see the first words of the movie and final ones and see how we are being manipulated.

Beginning of the movie

"Let us tell an old story anew. And we will see how well you know it. Once upon a time there were two kingdoms that were the worst of neighbours. So vast the discord between them that is was said only a great hero or a terrible villain might bring them together. In one kingdom lived folk like you and me with a vain and greedy king to rule over them."

End of the movie

"So you see, the story is not quite as you were told. And I should know. For I was the one they called Sleeping Beauty. In the end, my kingdom was united. Not by a hero or a villain as legend had predicted. But one who was both hero and villain. And her name was Maleficent." On 2014, while we did not have any movie on the prophets of God for decades, all of a sudden, there are 3 Hollywood super productions on Noah, Moses and Jesus... And this is no coïncidence. On the official Youtube channel of the Antichrist LieKillers, Satan says that these movies are to refresh our memories and to prepare us for what is coming. Actually these 3 movies completely rewrite the true stories of the prophets of God and totaly distort them in favor of Satan/Antichrist. The definition and characteristics of God, the Law of God, the prophets' behavior have been distorted in order to fit to the characteristics of Satan. The religion of God and God as depicted in these movies perfectly match with what will be the Antichrist and his All-In-One Religion, the Black Cube Saturnian Religion. In the movie Noah, there are beings called the Watchers/the Giants, they present themselves as fallen angels, God punished them because they wanted to help men to evolve and to learn them creation (in short how to become their own gods). They are presented as our helpers, our guardians, our elder brothers, and they are the allies of Noah in the movie. These Giants are no more than the devils among the Jinns, Satan's offspring. They are not Angels, there is no such thing as fallen angels (the angels cannot disobey God by design, so they cannot fall because of their disobedience). It's always the same story in many movies, the devils present themselves as our allies while in reality their are our worst enemies. You have these giants in many movies such as Transformers, Noah, Maleficent, Lord of the Ring... they are always presented as benevolent whereas in reality they are declared enemies to us and are Satan's workers. Giants in Transformers Age of Extinction: Giants in Lord of the Rings: Jesus/Antichrist/Satan worshipped as a God: In the movie, Jesus (who is in fact the figure of the Antichrist/Satan and not the true Jesus) is depicted as God and has all the attributes of God.

He announces that he (Satan) is coming very soon, and this announcement is actually addressed to us and not the characters of the movie.

"There will be no more death... or mourning... or crying... or pain. I am making everything new. I am coming soon."

At the end, there is even the one eye symbology of Satan, when Jesus says that he is coming soon, the camera zoom in on his eye. You even have the same one eye symbol of Satan in the movie's poster:

I am coming soon and the one eye symbology of Satan:

Even the poster of the movie emphisize on this point, showing both Moses and Pharaoh each one in one side of the pyramid, which unites them. The top of the pyramid symbolizing Satan. They both look as evil. Dynamo multiplying the fishes out of nowhere:

Dynamo turns a rope into a snake:

Dynamo flies next to the giant Jesus at Rio:

The confusion is now complete: the stories of the prophets have been rewritten, the definition of God has been changed, the law of God has been reinvented, the miracles of God have been usurpated, the people's mind have been prepared through an intense mediatic propaganda to welcome the coming deceiver (Satan/Antichrist/False Jesus) with open arms as their Savior and God. Like Satan says it on LieKillers youtube channel: "We have prepared, now we strike".

Seeing the great amount of this propaganda and its rising deception,  there is no doubt that the great deceiver is coming soon. Seeing the world events: Ukrainian orchestrated conflict, the Middle East orchestrated chaos, ISIS (run by the illuminatis CIA/MI5...), it's now clear that WW3 is coming and will open the reign of the Deceiver Satan, who will establish his New World Order at the peak of WW3. Thanks to his army of demons (Gog and Magog), he will easily defeat all the superpowers, will first destroy his most fervent supporters (the illuminatis) because he does not need them anymore once the New World Order is established, and it will be a way to get our trust (the people of the world hate the illuminatis, the world leaders, the world celebrities) by destroying them.

The Antichrist Satan will deceive ALL those who worship false gods or are disbelievers, not a one of these people will escape from his deception. This is the ultimate test of faith, eitheir you’re a true believer in the One True God and are obeying His Truth, the Quran… or you’re on one of the very numerous false paths, and in this case, you’re already set to be deceived by the Antichrist, you will not see him as the Antichrist but as your Messiah, Savior and God…. But before that, many will die…and after the Antichrist’s deception, it will be the real end of the world, God will destroy the whole universe, will recreate it, will resurrect us, judge us and retributes us by either the eternal paradise or the eternal hell. Those who believe in the bible and worship Jesus, or believe in Trinity are the best candidates to be deceived by Satan, they will absolutely not see him as the deceiver but rather as their Savior Jesus (The real Jesus is not like the one of the bible and is not the son of God but the prophet of God). The Bible of today is the greatest deception ever created by Satan, the idolatry of Jesus is the greatest deception ever brought uppon mankind. You have been warned, you know the truth, you’re fully responsible for your choice. I am not here to convince you or to beg you, just to transmit the naked crude truth, accept it or deny it, that’s your choice and that’s none of my business.

Repent to God, worship God alone, obey God’s last book, the Truth, the Quran … and God will forgive you and will save you from what is coming and open to you the eternal paradise…ignore this and you’ll be deceived by Satan and will be destroyed by God in this life and will burn in hell forever in the hereafter, there is no other options, you have to accept this reality or you’ll pay a high price for your injustice.

Commentaires sur The Antichrist in the 2014 media episode 3